The Scoop on Sound Wave Therapy to Treat ED

to prevent and treat ED and improve overall sexual function

Dr. Monte Slater is a well known Health Expert Provider specializing in male and female sexual rejuvenation and Anti-Aging. He is boarded in Anti-Aging and regenerative medicine and has been deeply committed to finding solutions to prevent and treat ED in men. He became an official GAINSWave Provider because he wanted to offer a noninvasive treatment option that works on preventing and treating sexual dysfunction in men.

GAINSWave is a safe, comfortable treatment for men to optimize sexual performance and to reverse the effects of Erectile Dysfunction (ED) due to poor blood flow. It can also be used as a preventive treatment. GAINSWave uses low-intensity sound waves (also referred to as acoustic wave therapy) to improve sexual function in men, even if they suffer from a medical condition such as Erectile Dysfunction (ED) or Peyronie’s disease.

How does Sound Wave Therapy work? 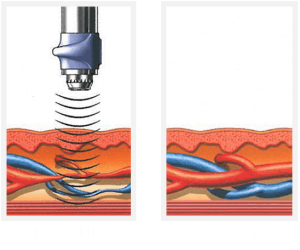 The GAINSWave procedure breaks up plaque formation in blood vessels and stimulates the growth of new blood vessels in the penis. This increases the blood flow to the penis and improves sexual function. In addition, the GAINSWave procedure activates the growth of new nerve tissue in the penis. This process, called neurogenesis, enhances sensitivity in the penis. Because GAINSWave uses low-intensity sound waves and is non-invasive, it is often referred to as Low-Intensity Extracorporeal Shockwave Therapy (LI-ESWT). By increasing blood flow to the penis, men will have stronger, harder and more sustainable erections.
Committing to  Sound Wave Therapy to treat ED means committing to a noninvasive series of 6-12 treatments that can be performed on your lunch break.

Unfortunately, many men are reluctant to report erectile dysfunction (ED) to their partner, or physician, due to social stigmas associated with bedroom performance. ED, or the inability to maintain an erection, is much more common than the general population may realize and has a lot to do with men’s health. A Johns Hopkins study revealed that over 18 million men in the U.S. over the age of 20 experience difficulties having and maintaining an erection. Low-Intensity Sound Wave Therapy is a solution that many physicians feel comfortable offering in Europe. Now the US is catching on.

Erectile Dysfunction (ED), also known as impotence, is a type of male sexual dysfunction characterized by the inability to maintain an erection long enough and firm enough for sexual intercourse.

While most men will have occasional difficulty achieving a healthy erection during sexual intercourse, ED is only considered a possible medical explanation for these symptoms if erection difficulties have been affecting a man for an extended period of time. When blood flow to the two chambers of the penis, known as the corpora cavernosa, are blocked or restricted for any reason, this can result in ED.

Men worldwide suffer from erectile dysfunction due to physical, psychological or emotional reasons. Many of which are seeking a natural, ED solution with long-term results.

What causes ED? There are many causes of impotence both medical and psychological. Often, age is a predominant factor in erectile dysfunction; however, your chronological age is not solely responsible for ED’s development. Men over the age of 40 typically experience ED as the result of inadequate blood flow to the penis, most often due to the narrowing of blood vessels. This can arise due to many causes including:

The most common cause of ED is a lack of flowing blood to the erectile tissue. Plaque and damaged vessels can restrict circulation enough to disrupt function. Typically, symptoms begin with difficulty maintaining an erection before advancing to a complete inability to obtain one.

The production of testosterone and other hormones naturally decreases with age, and this can disrupt erections. Also, in rare instances, kidney failure and liver disease may throw off the balance of hormones necessary for proper erection and intercourse. In most cases, testosterone replacement therapy can bring levels of the hormone back to normal.

Obesity or lack of physical activity

Engaging in an active lifestyle can help with weight management, stress, anxiety, and depression – all of which help with other conditions and decrease the risk of developing ED. The accumulation of fat in the body can cause a drop in active testosterone levels. In addition, being overweight can cause cardiovascular problems that are known to contribute to ED.

More than two drinks a day is considered a risk factor for ED. Alcohol can lower testosterone levels, decrease flowing blood to the penis, and cause nerve and hormonal imbalances. Low testosterone from alcohol or drug abuse can also affect your libido and performance, potentially leading to further psychological ED complications.

The hardening of the arteries associated with smoking tobacco can reduce flowing blood to the penis. Smoking also results in oxidative stress – another risk factor for erectile dysfunction. Fortunately, quitting smoking has shown to relieve much of the ED risks associated with the habit.

The pressure applied to the pelvic floor during these activities can result in nerve and vascular damage that may inhibit erections.

A German study found that 69% of men involved in a sleep apnea study also suffered from ED. Disruptions to breathing during sleep affect oxygen levels in the blood, which can cause problems in generating an erection. Lack of sleep also disrupts hormone production.

Stress, both in and out of the bedroom, can make it difficult for a man to achieve an erection. Depression, anxiety, and medications to treat them may also contribute to impotence.

A recent study published in the Journal of Sexual Medicine reported that men with severe periodontal disease were three times more likely to have consistent difficulties having an erection. While this may be a case of correlation rather than causation, poor dental health has long been associated with vascular disease, which is known to contribute to ED.

This condition is characterized by the bending or curvature of the penis or narrowing of the penile shaft. Scarring related to Peyronie’s disease can cause circulation problems in the penis.

Cholesterol can cause damage to blood vessel linings in all parts of the body – including the penis. Blockages caused by elevated cholesterol levels or plaques that restrict flowing blood can prevent erectile tissue from filling with blood. A healthy diet and lifestyle, including regular exercise, can help control these levels and the risk of developing ED. In addition, doctors may prescribe pharmaceuticals to lower cholesterol in the blood.

MetS is a combination of maladies that can cause ED. The five hallmarks of MetS are hypertension, elevated fasting glucose levels, elevated triglycerides, central obesity, and reduced high-density lipoprotein levels of cholesterol. MetS cause inflammation and hormonal imbalances that can lead to ED. Treatment for MetS can include lifestyle changes, testosterone replacement, pharmaceuticals, and bariatric surgery – such as gastric bypass.

30-50% of hypertensive men also suffer from ED. Hypertension can disrupt erectile tissue function. In addition, some prescriptions for the condition can cause ED. However, there’s evidence that suggests that once adequate blood pressure control is regained – even for those on medication – ED becomes less likely.

35-90% of diabetic men also experience ED. Hyperglycemia can have a negative impact on several aspects of erectile function. Complications and changes associated with diabetes can compromise macrovascular and microvascular structures, the nervous system, and blood vessel linings.

One study indicated that intensive glycemic control might decrease the chances of ED in diabetic men.

In response, a number of erectile dysfunction treatments have been developed, with varying efficacy and side effects.

Among the most popular treatment options for erectile dysfunction are pharmaceuticals. Drugs such as Viagra (Sildenafil), Levitra (Vardenafil), and Cialis (Tadalafil) are popular and boast an 80% success rate. These drugs are classified as phosphodiesterase-5 inhibitors (PDE-5) – which enable an erection, temporarily, but are not the best for maintaining an erection over time.

Prescriptions are heavily relied upon, having to be taken 15 minutes to 36 hours before sexual activity is initiated – not only reducing the spontaneity of one’s sex life but oftentimes fostering dependence.

This route typically isn’t recommended for men taking nitrate drugs or alpha-blockers, and all medications, including over-the-counter herbs and supplements, should be shared with your doctor to prevent negative interactions. The commonly reported potential side effects of phosphodiesterase-5 inhibitors include headache, flushing, runny nose, stomach pain, back pain, indigestion, vision changes, and dizziness.

GAINSWave Sound Wave Therapy Treats the Root Cause of ED: 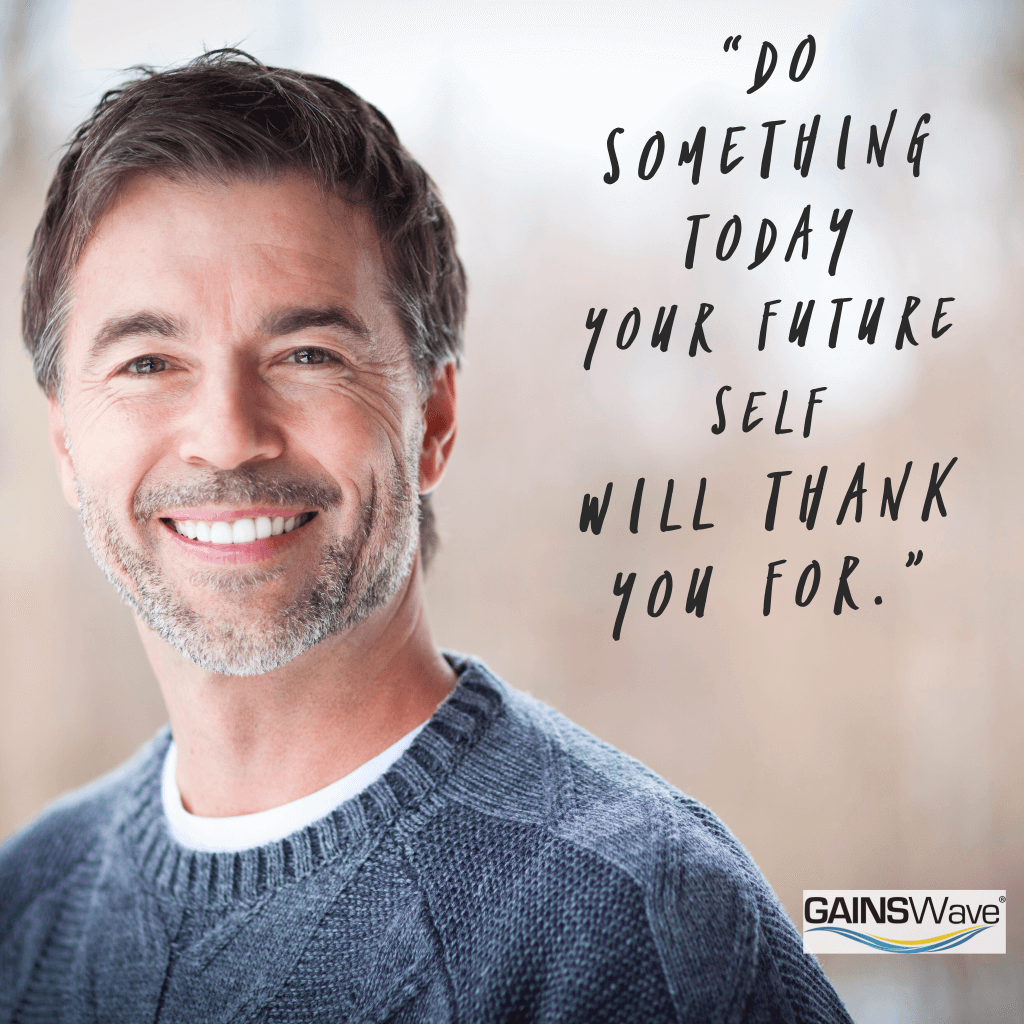 GAINSWave is a clinically proven, non-invasive therapy, was specifically developed for men seeking an erectile dysfunction treatment that would improve their sexual performance.

The pulsating waves of GAINSWave improve blood flow to the penis by dissolving plaque build-up and stimulating the growth of new blood vessels. The improvement results in stronger, harder, and more sustainable erections.

The pulsating waves also trigger a healing response that “wakes-up” dormant stem cells and growth factors in the penis for an overall rejuvenation of male erectile tissue.

With this alternative ED treatment, there are no expensive prescriptions to remember to take or refill, and no penile implants or surgery. There are none of the harmful side effects with this ED treatment.

GAINSWave therapy is effective and safe for men who cannot take oral ED medications, such as those with heart disease, diabetes, or high blood pressure . GAINSWave can be used to treat Peyronie’s Disease, which Viagra and other oral ED drugs cannot.

Book Your Consultation with Dr. Slater in Atlanta or Warner Robins

*Disclaimer: This site and its content have been published for informational and advertising purposes only. Results are not guaranteed and vary from patient to patient. 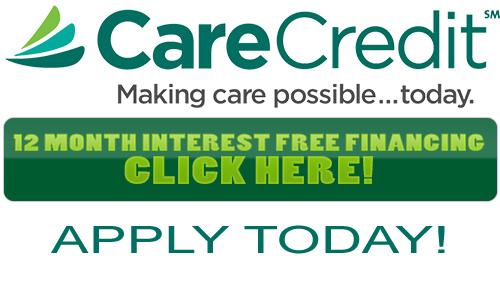 Gift Certifcates are accepted for all services and products. Gift Cards are not redeemable for cash.

We're not around right now. But you can send us an email and we'll get back to you, asap.